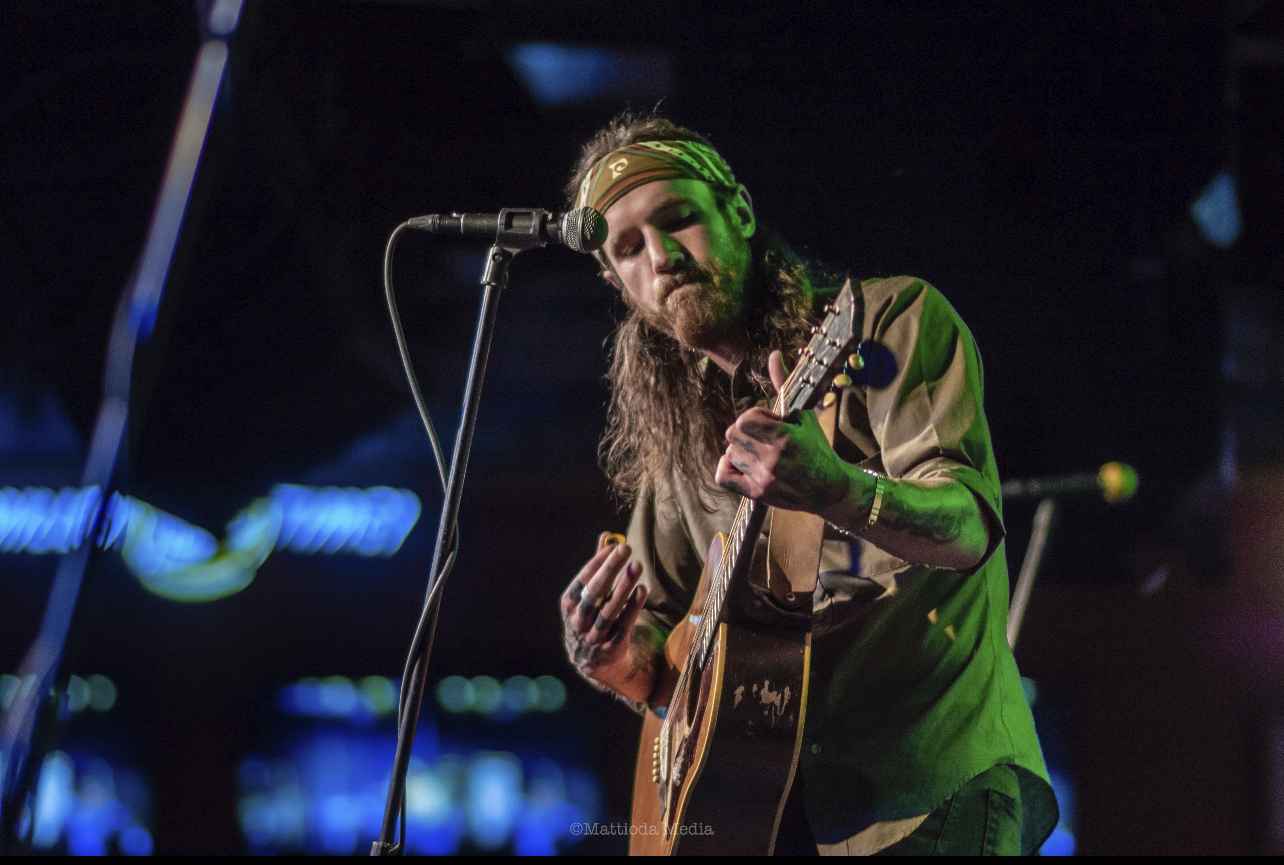 Waylon Jennings said it best back in ‘78, realizing the line between his life and art had all but vanished. “Don’t you think this Outlaw bit’s done got out of hand?” the legend sang – and it’s a feeling Alex Williams knows all too well.

Portrayed in 2017 as the heir to the Outlaw Country throne, the Lightning Rod Records artist played his part to perfection, living out the words to gritty hits like “Little Too Stoned” and the rest of a Nashville-produced album debut, Better Than Myself. But after five years of waging war against himself, it’s time to put the guns down.

“It’s all I knew at that point. When I made the 4irst record, I didn’t have a band, I didn’t have a lot of writing experience, and overall a very surface level sense of what I wanted to do,” Williams says of his early days, and the tunnel vision which eventually led to his new LP, Waging Peace. Matching a cold look in the mirror with a newly liberated sonic style, the set marks a brand new chapter for an artist once pushed into a creative corner.

“Now I feel like a totally different person, because there’s so much more I have experienced,” he goes on. “It’s not easy to get out of that powerful machine up in your head, and in my opinion it’s the toughest battle you can face … But in the end, it’s worth it. I’m just trying to be honest with the songs and write the kind of music that I would want to listen to.

A small-town Midwestern kid who’s now amassed more than 5 Million global streams, and toured throughout North America and beyond, those words reveal a man who’s lived and learned, finding a way to put his truth in song. And how he ended up here is a story of its own. Raised in Pendleton, Indiana, Williams grew up assuming he’d follow his father into criminal justice – but was laying down the law onstage by high school. It was actually his dad who encouraged his early songwriting, Williams says, and fusing hard hitting heavy metal with guitar-driven rock with a deep-beyond-his-years baritone, he was soon gigging between Indiana and Texas, where a cousin had a bar. Soon the old soul was enrolled in Nashville’s prestigious Belmont University, but he quickly left for an education on the road – connecting with Outlaw heroes like Waylon and Willie, Billy Joe Shaver and more along the way.

“I had just recently discovered and fell in love with all of the records from the 70’s Progressive Country era. It just sounded so fresh and real and really struck a chord with me like it has with a lot of musicians,” he explains, describing the scope of 2017’s Better Than Myself. “But now, things are expanding.”

Still rooted in tradition and a bold, against-the-grain swagger, Waging Peace finds Williams growing – professionally and personally. Finding guitar-slinging inspiration in everything from Skynyrd and The Allman Brothers to Jerry Reed, plus the biting Texan poetry of songwriters Guy Clark and Townes Van Zandt, Williams scours his very soul in each song, rumbling vocals framed by organic twang and retro fuzz. And unfortunately, there’s plenty of ground to cover.

Thrusted into life on the road , the young talent quickly discovered his dream’s dark side. Surrounded by temptation and hurtling (uncharacteristically) toward rock bottom, Waging Peace explains the fall-out.

“It was that typical rock-star thing, traveling around and thinking ‘cool’ is the same as being reckless,” Williams admits. “I did it for a lot of years … Until one night, and I’m still trying to process. I wasn’t that person then – and I’m definitely not now – and Waging Peace is just about trying to make peace with yourself.

“It’s tough to be transparent about the difficult things that sparked these songs,” he goes on, quiet resolve guiding his voice. “But I’m not going to fabricate anything.”

Over 12 deeply-personal songs produced by Ben Fowler, Williams gets real about the cost of living wide open. Built around an internal struggle between good and evil, he comes clean, seeks redemption and learns to trust his instincts again, injecting that pure-country theme with a blast of Rust-Belt rock.

Opening with a flash of scrappy slide guitar, Williams sets the scene of dingy motels and back-alley bars in “No Reservations,” embracing life on the road with almost joyful abandon. He hits a kind of moral cruise control with the high-energy honky tonk of “Double Nickel,” recalling the highway anthems of the ‘70s and noting “When you’re trucking along, you’ve gotta take the good with the bad”– but those good times soon turn ugly.

With tracks like twangy two-steppers “Old Before My Time” and “Rock Bottom,” a head-on collision with reality looms. And on the string-scorching guitar anthem, “Fire,” Williams takes a blowtorch to the life he once knew.

He’s left to survey the damage with the grooving country funk of “A Higher Road,” while harmonica legend Mickey Raphael adds a woozy sense of sorrow to the aftermath and Williams finally declares war on the epic “Waging Peace” – bringing his howitzer of a vocal to bear on the “devil” within. The project ends on a reflective note with “The Struggle” and “The Vice,” as Williams puts his ordeal in big-picture terms, but his eyes open far too late.

“Everybody has some sort of an escape, a way to tune out the realities of life whether it’s cocaine or your significant other,” he explains. “But as much as it feels like you are moving in those moments – like you’re on the road to where you want to be – in reality, you’re going nowhere fast.”

To be sure, Williams isn’t the first artist to grapple with the temptations of success, and he won’t be the last to feel boxed in by his first record. But with those challenges come growth – and on Waging Peace, they lead Williams to something more authentic than any “Outlaw” label:three chords and the truth.

“It’s been said before, but it’s true. All anybody like me hopes is that my songs will affect somebody,” he says. “Something that makes life a little bit easier to handle, and maybe finds some positivity in the struggle. I just hope there’s a connection there, and that I can keep making the art that satisfies me moving forward. I think that’s a big difference.”