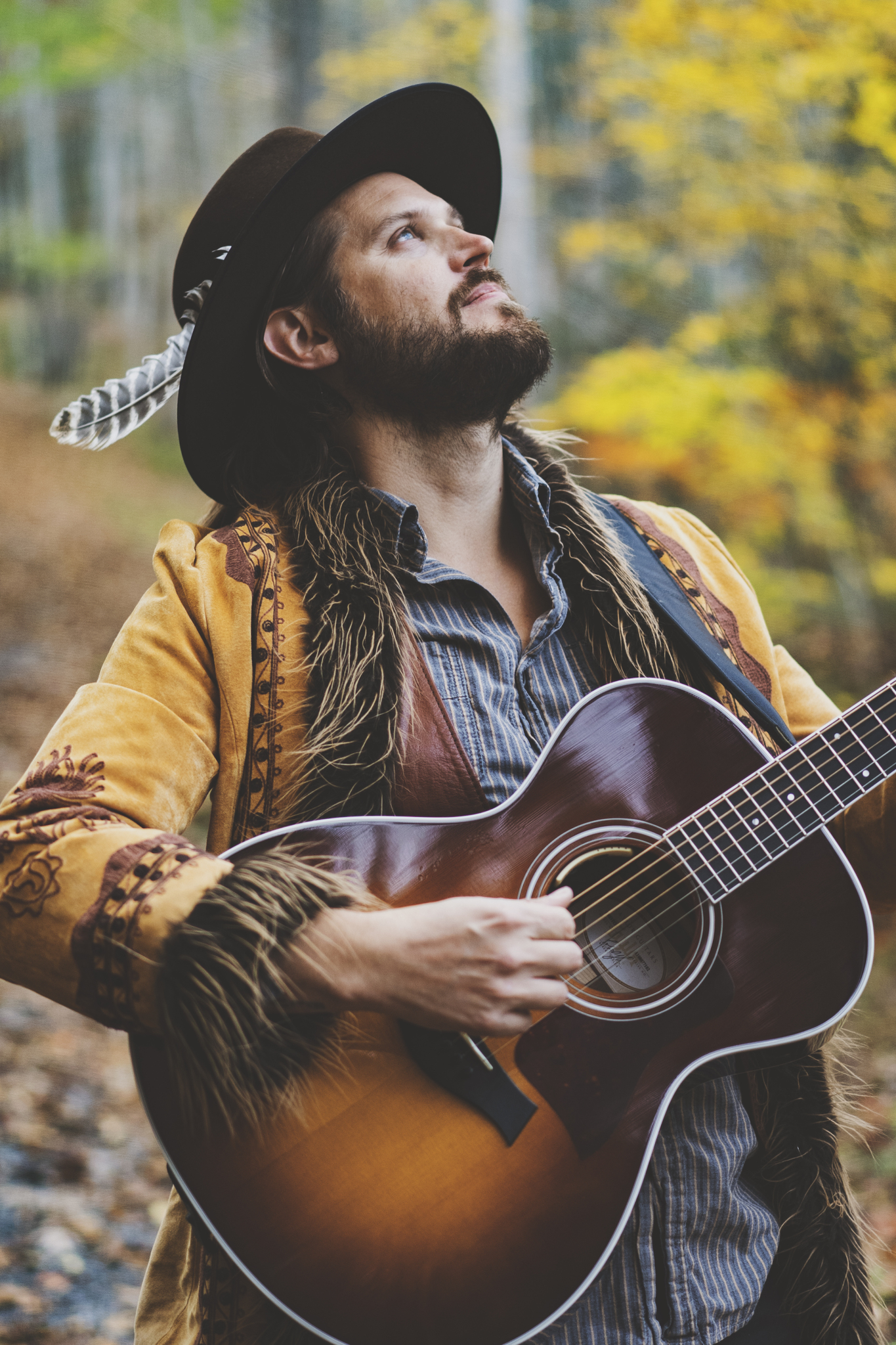 Chance McCoy is a Grammy winning Indie Folk musician, music producer and filmcomposer from Harpers Ferry, West Virginia. Chance grew up in a musical family, as a babyhe spent hours strapped to his fathers back while his father recorded synth music in thefamilies home studio. As a young man he took an unlikely musical direction, studying theobscure traditional folk music of Appalachia with old master musicians from West Virginiaunder a grant from the National Endowment for the Arts. After many years steeping himselfin the lost traditions of American string band music he went on to win Fiddle, Banjo andDulcimer championships as well as first place honors in the International String Band contestknown as ‘Clifftop’. In 2008 he released ‘Chance McCoy and The Appalachian Stringband’ acollection of traditional music recorded live around one mic that slowly gained a cult followingamong Old Time Music enthusiasts.

His commitment to folk music and deep love for the traditional ways of the mountaineer soonlanded him in an unintentional situation though, abject poverty. Chance was living with hisyoung son in a run down cabin near Floyd, VA surviving on food stamps and scratching out ameager living teaching local fiddle lessons when a cold call from Old Crow Medicine Showlanded him an invite to join the legendary Americana band of ‘Wagon Wheel’ fame. Hemoved to Nashville to join the band in 2012 and toured extensively with OCMS, recordingmultiple albums with the band before parting ways in 2019 to pursue new musical projectsand return to his farm in WV. His first album with Old Crow, where he debuted his talents assong writer, singer and instrumentalist, earned the band a Grammy for best folk album in2014.

Chance has worked with artists such as Mumford and Sons, The Lumineers, Brandi Carlile,Willie Nelson, Sturgil Simpson, Margo Price, Yelawolf, Kesha and many others. DuringChance’s time in Nashville he built up a reputation as a session player and music producer.In 2018 Chance began developing his rural farm in an idyllic valley in Appalachia into adestination recording studio experience while focusing his creative talents on producing newartists, scoring for films and releasing singles as an independent artist. His first projects fromthe rural studio were writing music for the film ‘The Peanut Butter Falcon’ starring ShiaLabeouf and The showtime series ‘The Good Lord Bird’ starring Ethan Hawke.