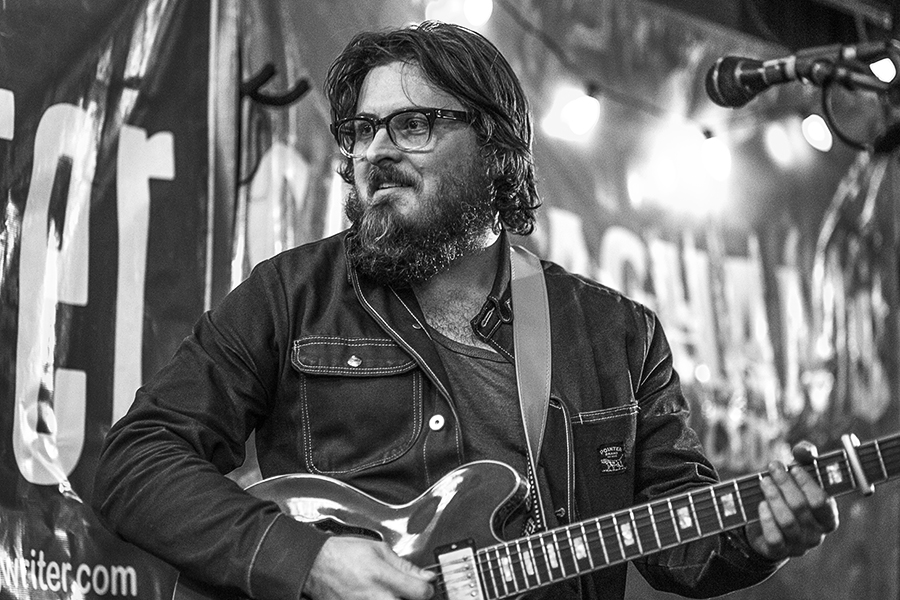 “Man’s real home is not a house, but the open road.”

Bradshaw was born a nomad, traveling in his blood. He’s settled in North Georgia now, but spent his formative years in East Texas, up until he joined the military shortly after high school. The Air Force took him to Colorado for a spell but ended up giving him the boot. Wires got crossed. Youth prevailed and he moved back to Texas with the kind of experience that can’t be bought, a duffel bag full of BDUs, and a head teeming with stories and new perspectives. A lot of aimless wandering ensued before he arrived in Georgia. Bradshaw’s most recent record, Calico Jim (1/29/21), was released via Black Mountain Music, a small independent label out of Greensboro, NC, and recorded in Little Rock, AR, at Fellowship Hall Sound. After signing with Rounder Records in 2018, and putting out Sudden Opera, his debut record, he decided to part ways with the historic label to have more control.

“I’m a late bloomer, but that’s of no interest to me. I know everyone likes a story though. I have no qualms with folks building a narrative around me. Doesn’t necessarily make it true. I’ve got records to make and shows to play. I’d like to leave behind a body of work like an artifact. Something that could possibly tell a future human what it was like here in America. Like the old cave paintings that have somehow survived over in France, in the Chauvet Cave. I guess I’m just making cave paintings in the shape of songs. Good, strong melody can deliver story into the deep wells of man, where it imprints itself onto our ever-changing consciences. I’ve learned that much.”

Go Back
Previous Artist
Polyrhythmics
Next Artist
Prophets and Outlaws